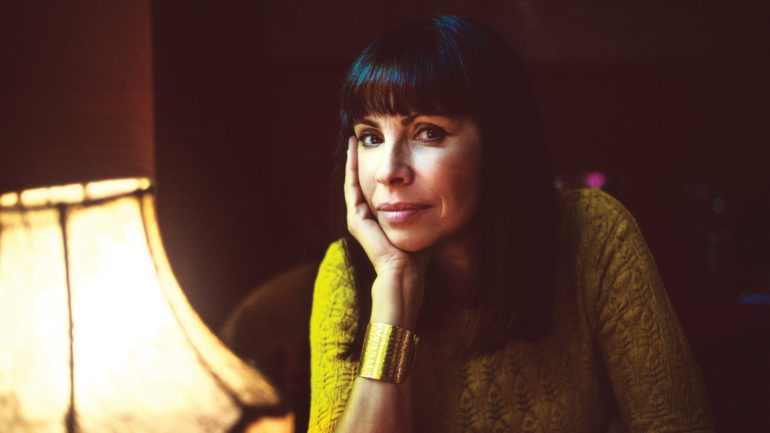 MATHILDA MAY WELCOME BACK !

Script writing and staging have given the iconic actress Mathilde May a new lease of life. She received two Molière Awards, one for Best Director in 2019 for her play “Le Banquet” and another for her One-man show. Encounter with a remarkable and highly acclaimed artist who continues to amaze…

Actress, author, director, you have several strings to your bow! How did this shift in your career come about? Was writing and directing a given to you?

It’s like the culmination of a lifetime’s work, a combination of everything I have ever done. It began with ballet dancing and numerous forms of expression. At a certain period in my acting career, when the roles I was asked to play were becoming less interesting, I began wondering what I could add or do differently. I thought plurality best described me: dance, music, a kind of Anglo-Saxon type of humour… My tastes are wide-ranging and my inspiration comes from all sorts of things, notably contemporary circus acts, and I tried to invent something that was difficult to put a label to. I myself have a Swedish mother while my father is an Easterner, so clearly a mix is the right combination. As a spectator I want to be surprised, and as a director I want to create something new and overturn the codes that exist.

What does it take to make a success of a radical career change?

I am convinced you risk more by doing nothing than if you set out to do things! Most people when they get old don’t regret what they have done, but rather what they didn’t dare to do. I was fed up being simply taken for what I was, I wanted to exchange and share thoughts, highlight the importance of human relations and other issues. It’s not good to have regrets, you have to dare to do, to try new things! By taunting fate life kicks in to help out and the planets become aligned. Today, I feel I can exploit all my talent to the full!

Your plays have been extremely successful, from « Et plus si Affinités » which you co-wrote and played in with Pascal Légitimus, to «Open Space», «le Banquet» that received two Molière awards, including one for best director, and now «Monsieur X » with Pierre Richard, Molière 2020 for best one-man show. There seems to be no stopping you!

I think I have finally found my means of expression with my own language and thanks to this I can tell all sorts of stories! The people I work with are also important, I trust them and can present them with challenges that are often extremely technical. Currently I am working on a new project, but I’d prefer not to reveal too much right now… art is an adventure with numerous paths to explore.

You give the impression that you love writing and staging and that this gives you a real sense of satisfaction. Do you have any other projects for the theatre as writer-director or even actress?

For me, writing and directing go together, they are inseparable. I am still in the process of writing my next play. I played in a delightful film called Enfant Caché by Nicolas Stell and for TF1 I played the role of a nasty cow in Coup de foudre à Bangkok just before the Covid-19 pandemic!

It’s something of a revival in a way isn’t it? People are discovering you again in a new light, you have moved away from the glamorous woman label you had …

15 years ago I could never have imagined being where I am today! People say you have to have self-confidence whereas I believe you have to have confidence in life. Life offers you paths to take, encounters …I was curious enough to go and watch shows that gave me ideas, helped me see what was going on around me and made me want to share my vision of things. It’s like an outcome, the culmination of my life. I love pushing back my limits, it makes me happy.

How do you feel about yourself today?

I wrote a book called VO that goes back over my career. In it I explain how I got to where I am and how everything makes sense. I continually try to change and I am perfectly satisfied with who I am today. Everything I have been through (both the good and the bad) has made me who I am, and yes, trials and ordeals can sometimes have a positive outcome.

As breathing space for people in general and culture as a whole due to the current situation. I hope artists don’t get too discouraged and have the strength to continue. That this enforced pause does eventually bear fruit and enables us to put things into perspective and that finally we manage to draw something positive from it.