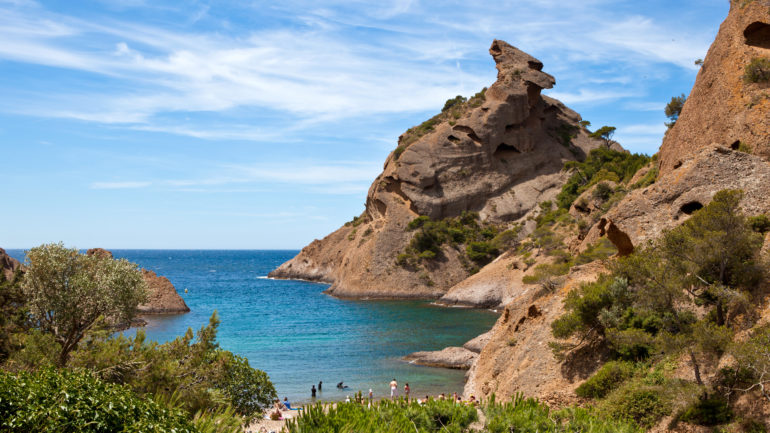 La Ciotat represents the entrance to the Calanques National Park and offers a number of natural wonders. On one side, the Bec de l’Aigle dominates the sea while on the other side the majestic Cap Canaille, France’s highest cliff, drops down into the Mediterranean forming a spectacular landscape!
Your first stop should be the Parc du Mugel listed as a “remarkable garden”. Backing onto an imposing rocky outcrop the Bec de l’Aigle that protects the gardens from the mistral, it also benefits from a microclimate that allows a large variety of exotic plants to thrive. There are also bamboos, cactuses, various species of trees … A haven of greenery with two shingle beaches down below. For a view that will take your breath away, follow the path through the rocks to reach a viewpoint 82 metres above the sea. 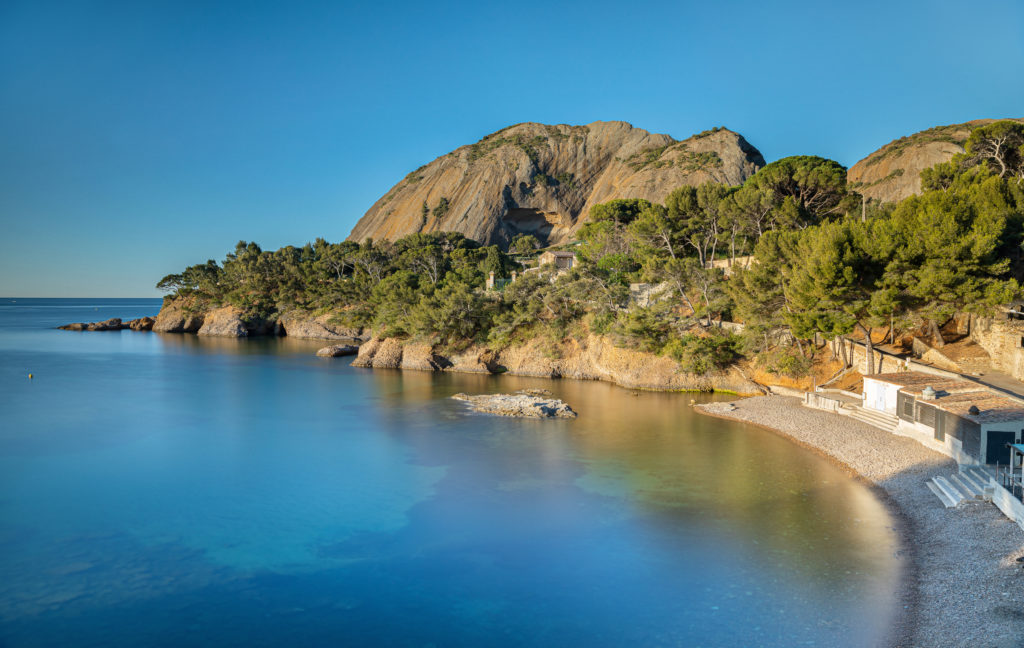 Talking of which, how about going out to sea! Take a boat from La Ciotat to the Ile Verte that is the property of the Bouches-du-Rhône area council. A stretch of wooded ochre land whose highest point is 49 metres above sea level where the fort of Saint Pierre stands. Two intimate beaches and a protected marine environment are an invitation to discover the wonders of under-sea life.
When in La Ciotat, stroll around the centre and port area. Another place for a walk is the coastline promenade. When it comes time for a swim , the fine sandy beach is just perfect.

On the cultural side, join the Frères Lumière at the Eden Théâtre, the oldest cinema in the world that opened in 1889 and where the first animated images of the their film “The Arrival of a Train at La Ciotat Station” were screened. Move on to the Ciotaden Museum that reveals the history of the town and of Provence, its cultural heritage, the invention of the cinematograph, traditions, and economic life such as the former shipyards.

To catch a memorable sunset, try the coloured rocks and turquoise waters of Figuerolles bay, an easy-to-access creek from the town centre or Parc du Mugel.