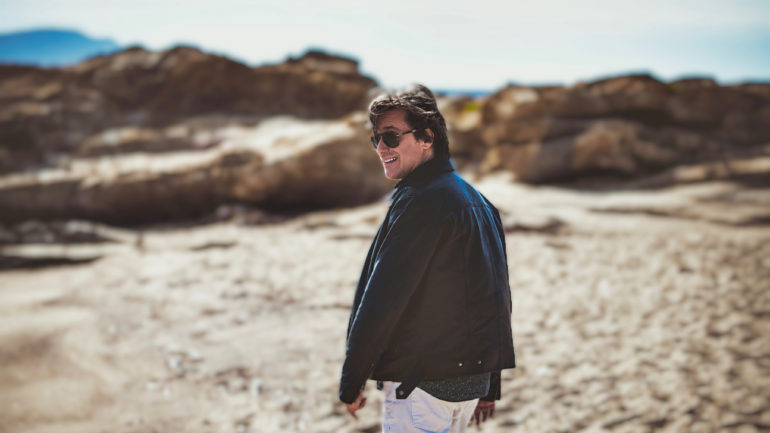 THOMAS DUTRONC Made in Jazz!

Thomas Dutronc was born in Paris on June 16, 1973, son of successful singer Francoise Hardy and the icon of French song Jacques Dutronc.

After learning guitar and collaborations with musicians of Manouche jazz, Thomas will be a musician but also author, composer, comedian and now performer… Alongside Matthieu Chédid and Pierre Souchon, his childhood friends, young Thomas learns the guitar.

With diverse experiences, and unconsciously walking on family traces, his talents as a arranger and director are being put on the album Parentheses by Françoise Hardy, accompanying his father for the title “Love Always, tenderness, caresses”. The family is reunited on record for the first time.

Guided by his passion for Django Reinhardt, he is at the heart of the Saint-Ouen flea market that he makes his ranges.

He’s starting a jazz guitarist career. Between some tours, he plays the cinema (Le Derrière , Confession d’un dragueur), written for Henri Salvador (and his Jardin d’hiver), makes film music (Toutes les filles sont folles), cartoons (Belleville triplettes)… When he is not on the roads or on tour, he goes to Corsica.

The handsome gypsy musician lives in a small village near Calvi. His last album “Frenchy” released in 2020 and re-published in 2021 with 6 new bonus, met a great success with French songs in Jazzy version.

Listen to it without moderation!