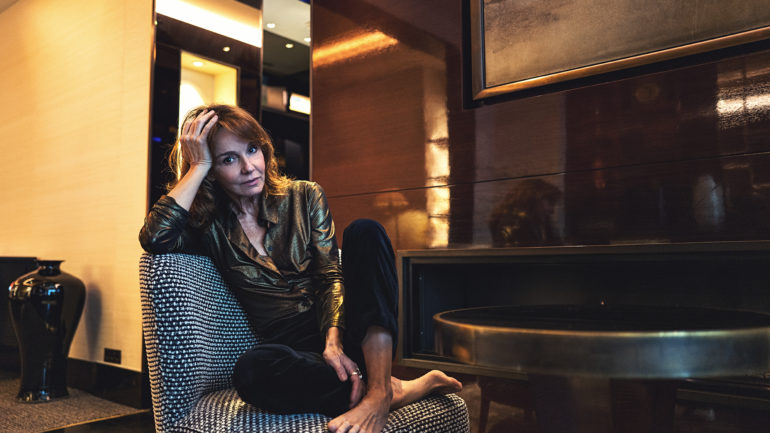 Philippine Leroy-Beaulieu was born on April 25, 1963 in Rome. As a child, she grew up under the Italian sun where her father, Philippe Leroy-Beaulieu, worked as an actor. The young girl attracted by the world of cinema moves to Paris at the age of 16. She studied acting against the advice of her family.
The bubbly young woman began on the stage. In 1983, we see her in the cinema, under the direction of Roger Vadim, in Surprise Party.
As a young actress, she played the distraught mother in Three Men and a Baby. The film by Coline Serreau earned her an Oscar nomination for best supporting actor. This huge success brings him other roles, more dramatic as his performance in The Possessed by Andrzej Wajda in 1988 and The French Revolution by Robert Enrico and Richard T. Heffron in 1989.
In 1993, the actress returned to comedy in Nine Months, by Patrick Braoudé. She continued her career by alternating serious and light roles. 2003 marks the return of Sylvia, her character in Three Men and a Cradle with the film, 18 years later.
Philippine joined the team of the series Dix pour cent, broadcast on France 2, from 2015. In 2016, she takes on the role of Agathe Koltès, on France 3, until 2019.
In 2019, the French actress announced to be in the cast of the latest creation of Darren Star creator of Sex and the City and Younger. In Emily in Paris, she gives the line to Lily Collins, the daughter of Phil Collins. The series for the Paramount Network relates the adventures of a young American from the Midwest, in a marketing agency in Paris. The series is very successful and we are so excited to see season 2 coming soon.