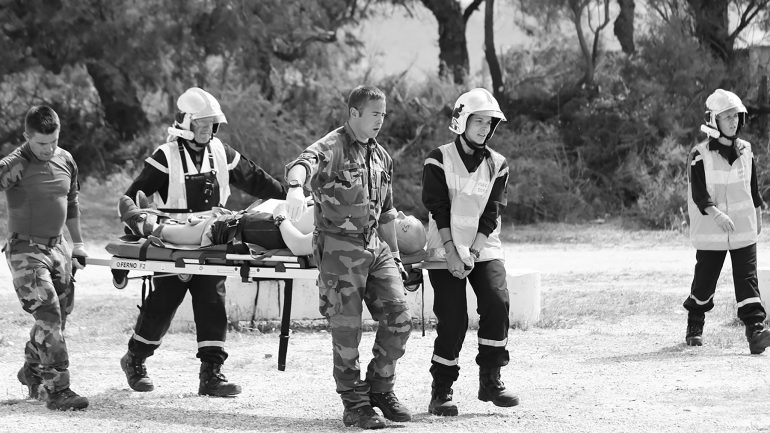 Getting to the heart of crisis management Story

An exercise named “Corbelle 16” and organized by the governmental civil defense committee, the Haut Comité Français pour la Défense Civile (HCFDC) was held in Calvi, Corsica last May. The exercise lasted 36 hours non-stop and staged a crisis management exercise with the simulation of a hostage crisis, followed by an earth tremor and a terrorist attack on a train. 28 supervisory managers from Veolia took part, mostly country directors, alongside 15 HCFDC trainees. Among those present in Corsica were a negotiator from the RAID, a company from the 2nd Foreign Parachute Regime, a team of firefighters from Corsica and a number of civil defense soldiers to handle the events and also Jean-Louis Fiamenghi, former Prefect and leader of the RAID and for the past four years director of Security for Veolia. Here, he explains the goals of such an exercise for a major industrial group.

What are the specific issues of this type of operation and the different phases it includes?
“The objective of this seminar is to prepare our managers and directors of risk-rated countries to manage crisis situations that may last for up to 36 hours. The experiences help them understand how behaviors change due to fatigue and stress. The majority of the directors operate in Africa and are confronted by terrorist threats from the Islamic State or the risk of political upheaval. As site directors they must be in a position, with the help of national security, to handle the safety of their employees. They must be in a position to gather them together and offer advice before preparing their evacuation if necessary. During the exercise, some employees will be held hostage and subjected to different forms of pressure; tied up, made to wear hoods, interrogation, and so on.

What is required for such a life-size operation to be a success?
“A lot of material, crisis management professionals and motivated managers”. We organize a major role-play activity to test out their behavior. We remove all their traditional everyday markers, we disorient them, limit their rational and emotional capacities. When they find themselves in this sort of situation, some of them break down, others turn to the other members of the group. Although we don’t coach them, we do guide them to ensure the exercise is beneficial for everyone involved. 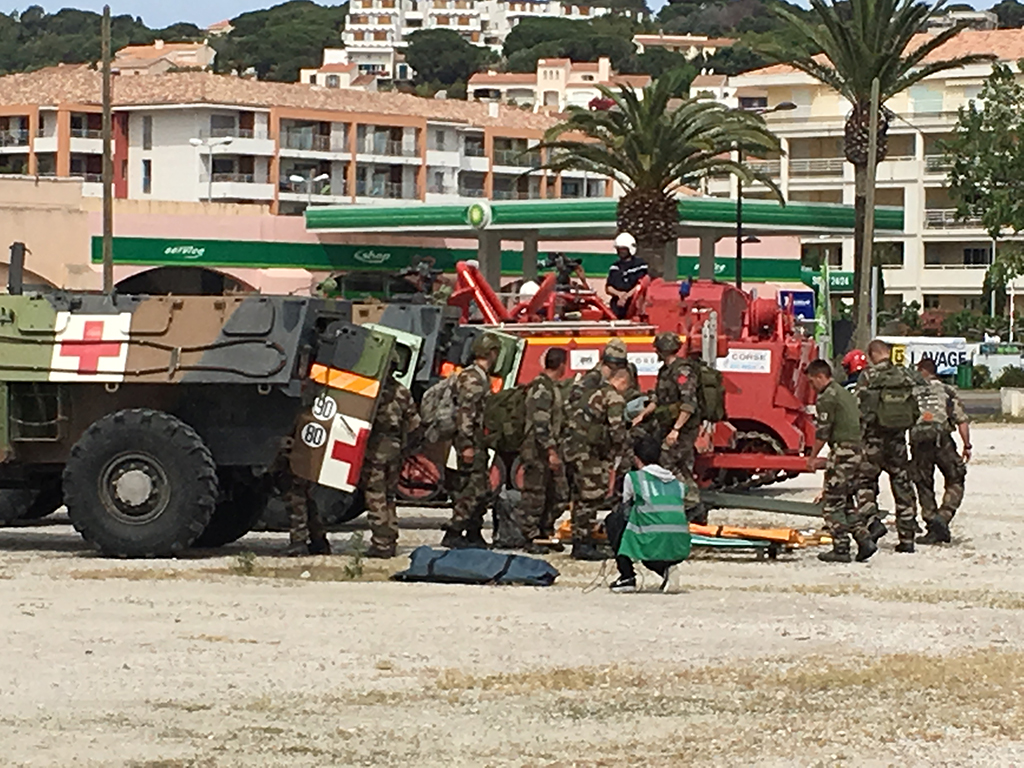 Copyright photos : Getting to the heart of crisis management

How did you operate with them during the 36 hours of crisis?
“Or aim was not to say to them “you’re useless” but rather “get to know yourself better!”. We think we know ourselves, we think we are the best. But a crisis management seminar brings out other aspects of each and every one and often turns into a humility management program.
By way of introduction, as soon as they get off the plane, I say to them: “no-one is here to judge you, forget hierarchy, let yourselves go!” unlike Anglo-Saxon countries, French employees are not encouraged to do this sort of thing. They need to get used to it. We all have our own ways of doing and thinking, our codes and environments and this always reflects the same image. In reality it is blurred as it more often than not comes from our immediate environment, and is therefore obviously favorable! When subjected to this sort of stress, the aim is to rediscover who you are in uncertain and unknown situations; Managing uncertainty is the basis of success.

Do other major companies benefit from this crisis management seminar?
Many service providers offer this sort of exercise. Let’s say that my experience means I can select something really demanding. I am convinced behavior management, the development of a team spirit are essential elements for employee cohesion. Such training is vital for the management of all sorts of crisis situations (cyber attacks, kidnapping, fraud, evacuation and so on….). We need to provide our managers with the right tools to confront all the different storms and turmoil that can impact a company as it grows.

With the evolution of new threats due to digitalization we have entered cyberspace and companies need to learn to live or simply survive in our globalized world.

Why is it increasingly important for large corporations to learn how to tackle these malevolent acts?
With the evolution of new threats due to digitalization we have entered cyberspace and companies need to learn to live or simply survive in our globalized world. The impact and cost of the attacks for the markets, the competition, the sites, the employees, are going to increase just as they are for the image and reputation of the company or its leaders.
Before the 2002 attacks in Karachi, and the safety and security obligations for employees working abroad at that time, security was not really codified. Since then, security divisions have been set up by many major companies with clearly defined standards and costs. Today, France’s 40 largest listed companies have to have such a division. Security is going to become a major strategic issue for company CEOs.

How would you compare your current activities with your former responsibilities for the state?
To put it simply, I would say that as Prefect, Director of the Paris Police Prefect, my role was to coordinate the police to ensure public order and control major events. The work required a lot of human qualities to command so many people. It meant leading short-term projects in a very uncertain context.
As head of the police and notably leader of the RAID, it was the solitude coupled with the power when major decisions had to be made in the event of a hostage crisis. The physical safety of your colleagues and the hostages require a certain degree of humanity and humility.
The culture of emergency, of crisis, without including the cost would probably best define my previous functions.
My current position means I have to structure “security” and integrate it into the firm’s commercial strategy. This begins with an audit, the setting up of standards and finally identifying priorities. Security at Veolia is not the same as at LVMH, Renault or Total…… You cannot protect your firm’s business interests with tanks. By mapping the risks we always cost the systems we deploy to counter the threats. Everything must be included in the business in accordance with their margins. In high-risk countries, the security division is directly linked to upstream tenders for the protection of the employees. I had to deal with and integrate all these new and highly complex parameters. As Prefect, I didn’t even have to know the price of a baton!”

How have new technologies helped as tools for crisis management?
“Compared to the late 90s, they have helped increase efficiency. Site security is easier to manage thanks to these new technologies. Today, individuals only intervene for a final verification before launching an operation. Today’s technologies give us a better understanding of the situation, offer a maximum of information to anticipate the crisis.

What role do you play in the management of crises?
A crisis manager leads the process to finding a solution. In the crisis room, my role is the same as my colleagues except that in the event of uncertainty my experience can be of help.
Management and leadership was what I did for 40 years. Analyzing behaviors and their evolution when confronted by a high risk situation gave me an experience business leaders could find useful.
Also, the State is a reliable partner for Veolia when it comes to handling high risk situations because Veolia is a strategically important firm. Knowledge of State procedures can prove vital in a crisis situation.

What qualities are needed to successfully manage a crisis?
It’s all about maintaining your psychological balance to keep your head clear. Using fatigue and stress management techniques, managers should seek to stabilize the behaviors of their crisis situation managers to ensure production continues as best as possible in an environment of humility that is essential for efficient group work.

Is it possible to reduce the risk of these sorts of attacks and can smaller companies deploy such security measures?
Training and information can help reduce the risks. As vice-president of the company security directors club, I encourage companies to get in contact with us for advice and guidance. Every employee has the right to be protected and the companies have to ensure they respect both civil and penal legislation, the labor code, and so on and the Club is there to share and promote this. 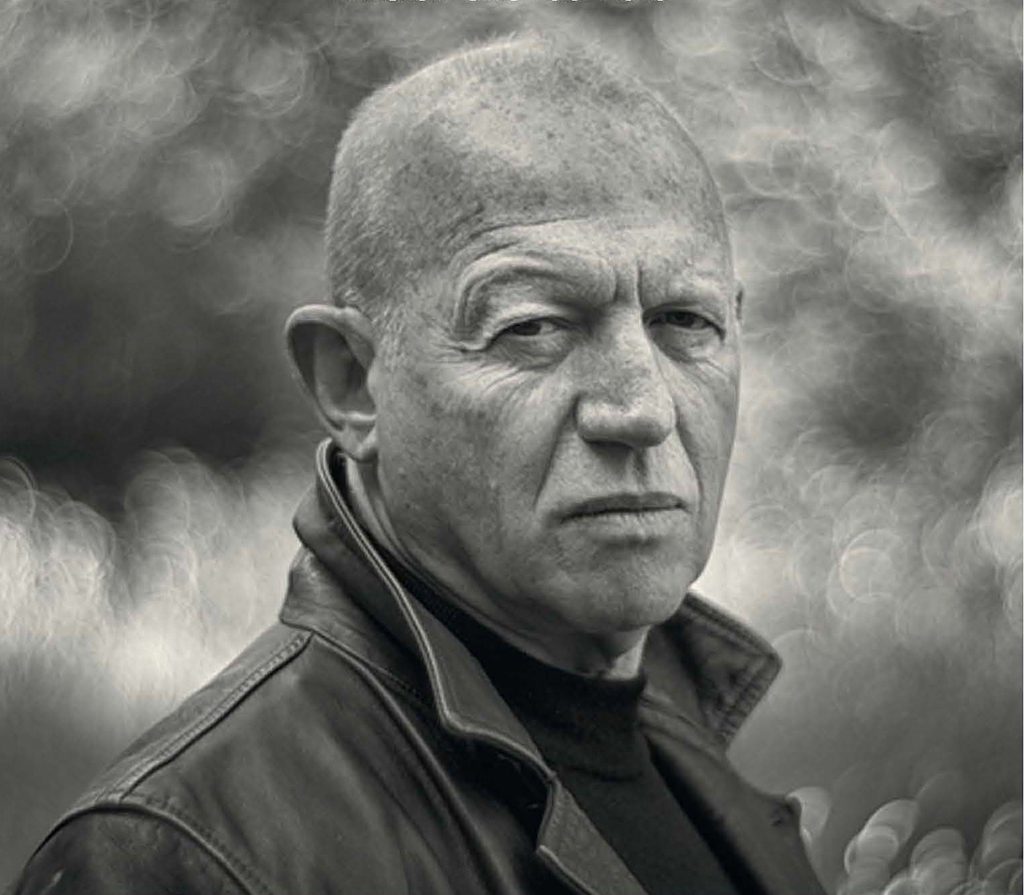 In July 2012, Veolia CEO Antoine Frérot asked Jean-Louis Fiamenghi to create an internal company security service that would report directly to the group’s executive management team. Veolia is 174,000 employees spread over 5 continents and 70 countries. The security division is responsible for a number of key missions: site and employee protection, notably those travelling and also living and working abroad, IT system security operations to fight against all forms of cyber-criminality and crisis management. The division is backed up by a network of over 40 security contacts in France and abroad. The group decided to map on a monthly basis all world risks to ensure the protection of its employees.

The gallery was not found!
Categories:
70 Views 0 Likes
Sharetwitterfacebookgplustumblrmail