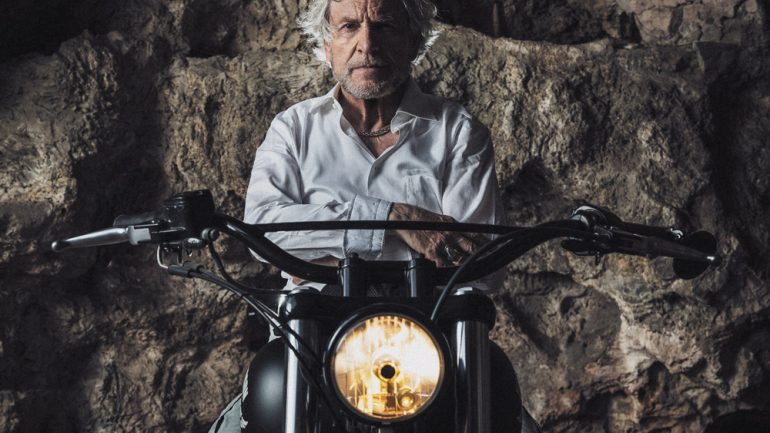 A management student, he took comedy lessons at the Cyrano theater and trained with the Daniel Sorano company before entering the National Theater of Strasbourg. A real « face » of French cinema, the actor of Turkish origin first stood out in supporting roles where he often plays the big guys, thanks to his so atypical hushed voice, as in the film « Doberman ». by Jan Kounen, or « Jeanne d’Arc » by Luc Besson.

After studying management, he gave himself up to his passion: drama. He started his career in the period film « Le retour de Martin Guerre » alongside great actors of French cinema such as Gérard Depardieu and Bernard-Pierre Donnadieu. In the 1990s, the United States caught his eye. We find him in supporting roles at Michael Bay for « Bad Boys », in « 1492 » at Ridley Scott, or even « The Patriot » by Romand Emmerich.

But it is thanks to Jean-Jacques Annaud and his mythical film « L’Ours », in 1988, that Tchéky Karyo can show the full scope of his game to the general public. We also find him in 2013 in an equally pastoral film, « Belle et Sébastien », an adaptation of the best-selling novel that marked an entire generation of children.

With more than 120 films and series to his credit, we find him for our greatest pleasure in the series « les combattantes » broadcast on TF1 and Netflix and on the big screen in the film, « Une comédie romantique » by Thibault Segouin.