Fairmont Monte Carlo Hotel Luxury in the heart of the Principality

A stay at the Fairmont in Monaco is the ideal way to soak up everything the Principality stands for. The hotel has a superb rooftop terrace with its heated pool offering a breath-taking view of the bay and the Mediterranean.

However, to live up to the prestige of Monte-Carlo, the cuisine has to be on a par with the hotel’s four stars, and this is where the Fairmont’s Executive Chef Philippe Joannès and his staff come into play offering four distinct culinary experiences in four different ambiances. With its breath-taking view of the sea the Saphir24, bistro lounge & bar proposes the very best of traditional French cuisine 24/7 in a peacefully relaxing environment. The Nobu, named after its famous chef offers a chic and refi ned setting where Japanese culture and cuisine blend with the scents and spices of South America.

The Horizon-Deck, Restaurant & Champagne Bar is in a welllit area up on the 7th fl oor with an exceptional terrace offering a 360° panoramic view of the Principality : the port, the palace, the sea, casino …

Because Monaco is also synonymous with Partying, the famous Nikki Beach has just what you need and is back again in 2019 on the 7th fl oor from breakfast through to the early hours with music performed live by some of the world’s greatest DJs.

Having carefully combined the very best of Monaco, the Fairmont is the ideal establi- shment for your Monegasque summer break. It’s all happening at the Fairmont, everything of the best!

Nikki Beach Worldwide, known worldwide for its unique and friendly lifestyle, has moved back to the Fairmont Monte Carlo for the 2017 season.
This ultra-trendy club-restaurant is open from breakfast until late at night by the pool on the rooftop of the hotel. Guests can bask day and night in the water while enjoying music, refreshing drinks and varied menus with multiple flavors.Called “The Sexiest Place on Earth”, by The Observer, Nikki Beach continues to establish itself as a reference among the hottest addresses and the hippest places in the world. 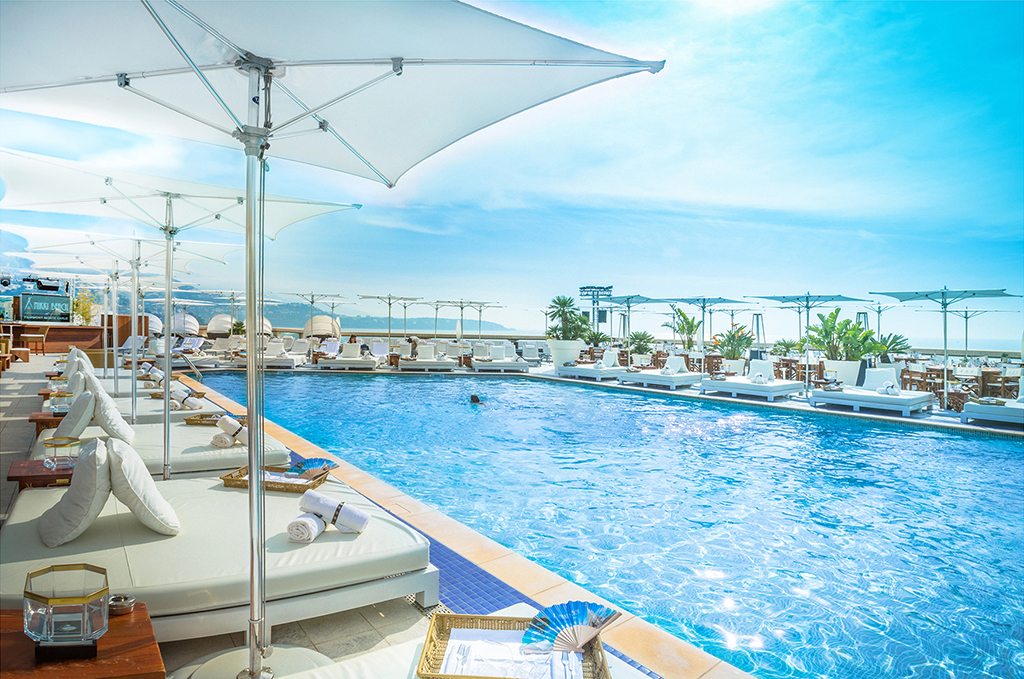