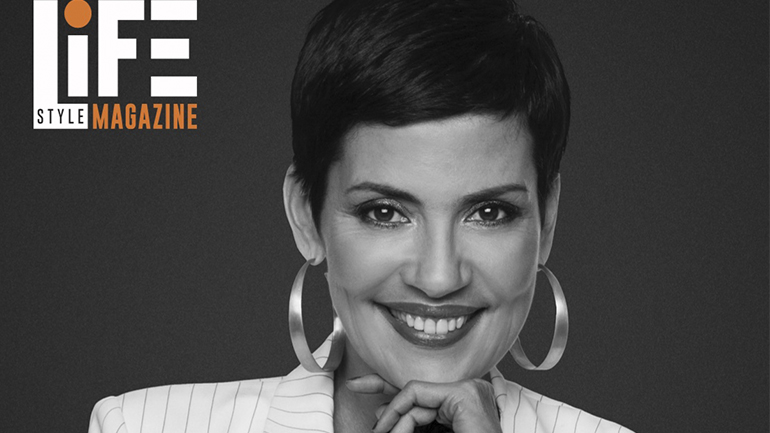 Born into a family of artists in Rio de Janeiro – Brazil, Cristina Cordula studied communication and journalism before becoming a model. From model to top model she showed for a number of iconic names such as Chanel, Dior, Yves Saint Laurent and also made the covers of numerous fashion magazines. A childhood dream come true.

When she arrived in Paris, after initially working for a Brazilian import-export company, Cristina Cordula opened her own image consulting agency. In 2002, this woman of taste began coaching and advising her clients, both women, men and also companies. Her desire to transmit and to help can be felt everywhere and is essential for her own personal development.

At the same time as running her agency, she has also, since 2004, been offering her advice and tips via a number of TV shows for M6: Les Reines du Shopping, Nouveau look pour une nouvelle vie, La Robe de ma Vie, Cousu Main & Magnifique by Cristina. Having made a real name for herself in the world of fashion and style in France, in 2013 she starred in Karl Lagerfield’s short movie called “The return”.

Thanks to her extremely popular shows and her way of expressing herself, Cristina was elected “Woman of the year 2014” by the magazine Télé 7 Jours and also “Best TV host” by the review Stratégies that same year.

Her sense of humour and repartee meant she was also invited to join Laurent Ruquier’s Grosses Têtes team on RTL radio.

From a professional point of view, Cristina Cordula has achieved everything she could wish for and on a personal level she is just as satisfied. She said ‘yes’ to the man of her dreams last summer during a totally romantic ceremony in Capri- Italy…

Life is simply “magnifiak” for our favourite Brazilian!

The gallery was not found!
Categories:
528 Views 0 Likes
Sharetwitterfacebookgplustumblrmail